Hannah Elsie Norton just completed the Global Leaders for Innovation and Knowledge 2018 Spring Course. Ms. Norton is currently working as a senior communications executive for business development and marketing at a major law firm in New Zealand. Having lost a family member to suicide when she was a young child, Ms. Norton had long been painfully aware of New Zealand’s high suicide rate and wanted to help in suicide prevention. The experience and advice she gained through the Global Leaders for Innovation and Knowledge program helped her focus on tangible action, using a mobile app to reach out to women who might be experiencing postnatal depression. Ms. Norton also aspires to start her own social enterprise that will serve the community in which it operates.

―Why did you apply to the program?

It was unlike any program I had ever seen before. This program is really multifaceted and holistic, and the global leadership aspect intrigued me. It combines business skills, which are essential for a leader, and arts elements such as law, making it a comprehensive, holistic program that really does train you to become a future global leader.

I’ve always had an interest in social enterprise and intend to start my own one day. I was really looking for a framework that would help me learn more about social enterprise on a global scale. Though there are some programs in social entrepreneurship, I feel that many of the traditional business programs are very profit-focused-like a lot of business is at the moment – so the Global Leaders for Innovation and Knowledge program seemed very appealing.

What really drove me to apply was the idea of addressing something about the common good and doing something for society. My objective, in particular, is to reduce suicide in New Zealand, and I was very motivated to participate when I saw that this program emphasized the development of leaders who would seek to change their society.

This program offers a chance to put your life on hold for a few months to really focus on something. This was appealing to me because sometimes life can pass us by. I felt the program would provide a framework to help ensure that I go back and succeed in doing what I want to do.

There are so many elements to what I’ve learned through the program, from the theory of business, marketing, strategic management, and finance to relationships on a global scale. I learned so much just being with my other classmates as well.

―How did the program help you determine what you want to accomplish? 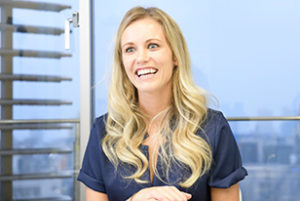 I have a background in PR and journalism, and initially I wanted to start a social enterprise-format communication agency in New Zealand. I still potentially want to do that one day, but I struggled with how to match that objective to a more pressing goal: helping people who wanted to commit suicide.

After I began developing my Capstone Project to address this social problem, I met with the program advisers. They suggested that I focus on one type of suicide and find its root cause. Finding the root cause is something that has been reiterated to us throughout the program – especially after we visited the Doi Tung Development Project in Thailand and saw how beneficial this process was to that community. Consequently, this piece of advice gave shape to my Capstone Project as I focused on one group of people: women in New Zealand suffering from post-natal depression.

Overall, being taken out of our home environment and put in new environments was invaluable. We were given so many new perspectives and ideas on how we could improve and refine our individual projects. Mine has effectively changed for the better through the work with the advisers. While I think I would have always had the drive to address the issue of suicide in New Zealand, this program has really catapulted that drive quite further. It’s kind of been the proverbial fuel for the fire, so to speak.

―How did the program change you?

I really feel I’ve changed significantly over these past three and a half months, and I’m very thankful. One aspect of that change involves thinking much more before I speak. After dealing with other people’s cultures – and the idea that words can be perceived differently across cultures – I have really tried to take the time to think first. What I think I am saying might be different from how someone else is receiving it. Thinking carefully about how you frame things is a really important skill, not only for leaders of businesses on a global scale but for personal relationships with people from different cultures.

Another aspect concerns time management. I had considered my own time management skills to be good enough, but in Hawaii they became really important. Furthermore, not only did I have to deal with my own personal time management, but other people’s time management, trying to motivate others, or vice versa. Dealing with different levels of motivation across team members is certainly something you will encounter in other situations in life. People’s passions can significantly shape how they work.

―What insights and awareness did you gain from the site visits? 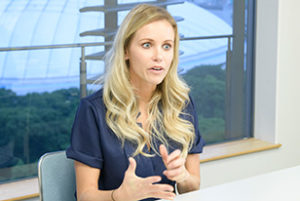 In general, I would say that the site visits helped me become more globally aware and also more caring about different countries. Every country has its downsides, just as every country has things they do remarkably well. Learning that is really, really important.

For example, I think our visit to Singapore gave me a completely different perception than if I had simply gone there as a tourist. Years ago, in New Zealand, I had learned about Singapore from the perspective of a journalist, and I had heard people discuss it in a critical tone over concerns about freedom of press. Yet I had never before reflected on the leadership of Lee Kuan Yew. Once I actually visited Singapore, saw what he achieved, and heard the Singaporean point of view from both a Singaporean classmate and the locals, I was quite impressed to learn that home ownership rates and literacy rates are significantly better than in New Zealand. It reminded me how important it is to open your eyes to different perceptions and viewpoints.

The site visits were also invaluable in providing us with inspiration. I was working on the final phase of my Capstone Project about helping mothers suffering from post-natal depression and, as I was walking out of the hotel in Singapore one evening, I happened to see what is known as a “confinement center” in Singapore and China. “Confinement center” is more of a literal translation and may not accurately convey that these are actually comforting facilities established for the purpose of looking after women in those really tough times after childbirth. I walked in that day, chatted with the staff, and they showed me around the rooms. Later on, I conducted research about the ones in China as well.

I had never known about these facilities before, yet they fit exactly with my Capstone Project. That’s what I meant about drawing inspiration, as I wouldn’t have received any of this inspiration if I had been sitting at home in New Zealand. I think that is what is so valuable about the Global Leaders for Innovation and Knowledge program. Not only do you have the academic classes, advisers, different modules in different countries, immersion in different cultures, and the perspectives of classmates, but you are also able to visit places like Singapore and Doi Tung in Thailand, which are very inspiring.

―How has your impression of leadership styles changed?

I had traditionally seen the assertive, domineering type as the stereotypical leader. Although I’m used to a quite extroverted way of dealing with things, I had never really considered myself to be domineering. Nevertheless, one of my classmates in the program gave me feedback about giving others the opportunity to lead. On another occasion, one of the lecturers in Hawaii remarked to me that the way that I put my hand up in class might be perceived as somewhat aggressive.

Previously, I was unaware of the need to shape my own behavior by assessing the scenario and perhaps toning down to the scenario. Over the course of the program, there was a lot of learning for me personally in how I might speak to a crowd or discuss in a group.

During the Thailand module, I was introduced to the Princess Mother who was the leader of the Doi Tung Development Project. Her style resonated much more with me, and one of our professors described her as a “head/heart/hands” type of leader. Such a person can think smart, have a heart and think about other people, but also do the work. The leaders that we’re going to need in the future for sustainable businesses will not necessarily be the domineering, profit-driven leaders of today, but rather the ones like her with a heart, who can use their head and their hands.

―What are your future goals?

I’ve divided them up into short-term, intermediate, and long-term goals. My short-term goal is to start implementing the first and second phases of my Capstone Project after I return to New Zealand. These phases entail launching small, focused community events to spread awareness about the app, which aims to provide a supportive network for new mothers to help reduce post-natal depression and increase community bonding.

My intermediate goal is to set up a post-natal care center, similar to the one I mentioned earlier that was near my hotel in Singapore. I intend to adopt a social enterprise format where I would be taking paying customers, and direct some of the funds for low-income homes, perhaps in the form of home visits.

Ultimately, my long-term, 10-year plan is to start the communications agency, which will have a key focus on helping non-profits find their voice and achieve media coverage.

―What advice do you have for future program participants? 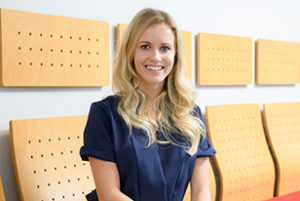 I would give three pieces of advice to incoming students. The first would be to really settle on what they want to do and their key drivers in life with regards to their Capstone Project. The second would be to learn a little bit of each of the foreign languages you encounter, if possible. And the third-perhaps the most important-would be to have a totally open mind. I have no doubt that, when I’m 80 years old, I will look back on this experience as having been life changing. It will alter the trajectory of your life completely, so prepare for that. Don’t think you’re going to go back to work and life the way they were before.