It’s a roller coaster experience. One moment you feel like you’ve figured everything out, but then the next moment you realize how much you still need to learn.

Imagine yourself engaged in your favorite hobby. Time flies by, and your mind is completely connected to whatever you’re doing. If someone were to ask you a question about what you were doing, talking about it would come second nature: you might even have a hard time to stop talking about it! But now, think about discussing a similar subject in class. You’d probably find that, even if you were studying something related to the subject of your favorite hobby, for example, you might find it difficult to really engage with the material, and if you were asked to give a class presentation on the topic, it might start to feel less like fun, and more like a boring chore.

This separation between “classroom” and “real life” is something that teachers are constantly pushing against, as they struggle to inspire their students to engage with their academic studies with the same kind of interest that they would put into a hobby. This is a challenge that Thu Ha Ngo, a participant on Fujitsu Scholarship Program, explains that she often faces when she’s teaching classes in Translation and Interpretation at the University of Languages and International Studies (ULIS), a member university of Vietnam National University, Hanoi, where she serves as one of the school’s youngest division leaders. The subject of her students’ fascination? The actors and actresses who star in Korean TV dramas.

“They can spend hours talking—very critically—about Korean actors and actresses, and how their acting skills have improved. But when I ask them about translation—their major—they start being very sleepy. For them, there is a kind of invisible barrier when talking about reading. For them, reading is about academic things, and it’s no fun at all!”

One of the first steps in starting up with the Global Leaders for Innovation and Knowledge program is identifying Capstone Project that will be studied, prepared, and reassessed before, during, and after the 15-week course. For Thu, her Capstone Project was addressing this barrier, and trying to develop ways of negotiating it, through creating an online platform that encourages Vietnamese readers to talk about the books they read in a more friendly, informal way, as well as ways and means to develop a university environment that encourages learners to feel engaged with the work that they are doing in the class.

“Most of what we learn comes from outside of the classroom, and I realized how lively my students become when they get out of the classroom. I feel that there is this invisible wall between school and life,” Thu says. “They can translate and make subtitles for free often for the dramas mentioned above for online forums, but whenever I ask them to do assignments, they do it in a very reluctant way. I just want to create a space for my students to feel that there is no barrier between school and life. They can learn a lot about life in school as well, but I just want to push down that barrier towards reading. So the project that I’m working on has its inspiration in doing away with that barrier.”

This wasn’t to say that Thu, who also works as a freelance translator and interpreter, didn’t understand where her students were coming from. Far from it, in fact. Some of the works that first inspired her to take an interest in learning English were pieces of pop culture themselves, and she is also aware of the power that these popular forms have to communicate even more than just telling stories and moving a plot along. And this goes against the standard expectations that many Vietnamese people tend to have.

“For many people, and especially people in Vietnam, reading and books are very high-class, very intellectual. So you are perceived as very intelligent if you are holding a book. But for me, reading is more simple. So everyone reads at least one book in their life, and they learn something. 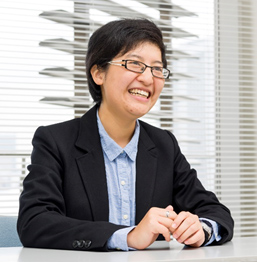 “One of the things that influenced me the most was reading manga (comic). Not just the illustration, but also the way they embed lessons about life, relationships, and ideology, and the way that they teach history through manga. I’m very interested in how popular culture pulls more intellectual material towards the reader. It’s a natural way for people to get into very complicated issues.”

As Thu explains, she found that the wide variety of courses in the Global Leaders for Innovation and Knowledge program also delved into many complex questions as well, thanks to its blend of subjects, the four different learning locations—Japan, the U.S. state of Hawaii, Thailand, and Singapore—and the diverse group of students who took part in the program. One of the first things that she recognized once the classes got under way was the strong sense of balance to the program curriculum. She already had a strong background in the Liberal Arts, but she said that she particularly appreciated the classes in the social sciences and the “harder,” more qualitative classes, such as finance and other mathematical disciplines.

However, it was in keeping with her artistic background that she developed her own way of looking at the different elements that go into building up successful business practices in any field. “For me, everything can be considered an art. So, strategic management is an art. Finance—balancing your own account, let alone an entire business’s account—is an art.”

But she also saw that she still had much to learn, and being around students who come from different academic and professional backgrounds helped her see things from a new perspective, and, as she explained, made her stay very humble: “We had a very bright student in our class who comes from Thailand. And she deals with tax. She’s a lawyer and she works for the government, and she is dealing a lot with tax for her work. For me, I was in awe, seeing her talk about tax and tax policy, and tax rules. I started to realize how narrow my knowledge was before joining this class.”

One of the key communication styles taught in the program is the “Y-gaya” approach. The term has its origins in imitating the sound that a group of people might make when arguing or discussing something in a heated way.

As Thu explains, this method of exchanging viewpoints is very different from the standard manner that a “polite” discussion might follow. “If it’s a standard discussion, that means you share your viewpoint and I share my viewpoint, but no one really listens—it’s just a kind of sharing. Within the Y-gaya session, everyone has to listen to the other person and we start being on the same page. That’s how we realize the importance of our face-to-face conversation.”

Of course, this doesn’t mean that there isn’t conflict, or that expectations aren’t challenged. In fact, one of the things that she got from the program, as she put it, was her strong sense of recognizing her own weak points as a writer and thinker but in an environment that also gave her the specific techniques that she could use to help her improve in her weak areas.

In addition to a challenging but stimulating course load, Thu’s experience in Hawaii gave her the opportunity to develop business skills and to work with a real business and deliver products that would help them meet their needs. The business she and her group were assigned was a Tofu manufacturer, a third-generation business run by a Japanese-American family. One of the challenges that this particular business faces is that the current CEO needed to create more formalized business systems to make it easier to eventually pass the business on to a successor outside the family, if necessary. 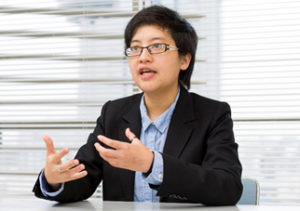 The team volunteered to take on a big project, and as Thu admits, they ran into some conflicts in the group as they took on two major tasks to present both a compensation system for the company, as well as the design for a kind of company “dashboard,” which would keep track of things like product inventory and staff scheduling. But in this process, she learned a valuable lesson that more business teams go through than most people looking in from the outside would realize: “I didn’t want any other teams to know that there was an internal conflict. We toned down everything: we smiled, we laughed, but there was a volcano just waiting to explode.” In the end, the team did deliver their recommendations, and Thu was even able to make a suggestion for a new product line: a sweet tofu dessert like the one served in Vietnam.

The one-week country modules were a completely different experience, as Thu recalls. “Singapore and Thailand are the ‘reality aspect’ of the whole program. In the Japan module, we dealt with the theory, but in Singapore and Thailand, we see it as a result of leadership. How much influence and effect can a good leader bring about to his community and his people? So Singapore, the home country. Lee Kuan Yew, with his leadership created the whole nation, making it a tiger, a real power in Southeast Asia.

“The Singapore module also offered me a great opportunity to meet those fantastic, fabulous professors from National University of Singapore (NUS) and Lee Kuan Yew School of Public Policy. They are really sharp, and that’s the standard that I expect from NUS. They have a sense of pride as Singaporeans, but on the other hand, they are really critical about their country’s situation and they shared a lot with us in an honest and straightforward way. So I could learn a lot.”

One theme that Thu keeps returning to, though, is how important her classmates, and their unique backgrounds, were in motivating, challenging, and testing her. “My background is in Cultural Studies. So the best environment for me is multicultural. And so I think this course offered me the best opportunity to test my tolerance and my humility towards multicultural differences.”

And of course, she made friends from different cultures and backgrounds: “When I looked at the schedule, I just thought that I was going to be too busy to make any true friends. But by the end of the module, I had a quite close big sister from Myanmar, and someone who I could chitchat with from India, and made some trips with a Thai classmate. So everything was beyond my expectation. 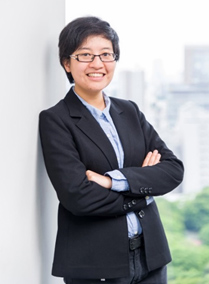 When summing up the past 15 weeks, Thu’s first thoughts were of the challenging, yet exhilarating process that goes along with learning something unfamiliar each day, as well as the positive experience that goes along with having your expectations challenged by your classmates and your teachers: “It’s a roller coaster experience. One moment you feel like you’ve figured everything out, but then the next moment you realize how much you still need to learn. It’s also the same with the relationship between people … and with your professors as well: At first, you are not so sure that man can offer you anything. He doesn’t look like a professor at all. But then the next moment, he leaves you in awe with how eloquent he is and how rich in knowledge he can be.”

“As anthropologists usually say, you need to step out of your world and step in to other people’s worlds. Only when you do so can you understand your world. This course offered me a chance to step into so many different worlds.”