JAIMS was established in 1972 based on the vision of Yoshimitsu Kohra, the 6th president of Fujitsu Limited, who wanted to train international businesspersons who would help to build bridges between Japan and the U.S. This year marks the 50-Year anniversary of the founding of JAIMS. To commemorate the 50-Year anniversary, memorial events were held in Japan and Hawaii. The event report will be delivered in two parts. In this report, we will introduce the Japan update.

On Friday, November 18, an anniversary event was held at Fujitsu Uvance Kawasaki Tower in Japan, and nearly 200 people, mainly JAIMS alumni and related people, gathered at the venue and online.

The event started with a message from Fujitsu executives, Yumiko Kajiwara(Corporate Executive Officer, EVP, CSO), and Hidenori Furuta(Representative Director, COO & CDPO), thanking everyone involved for their support of JAIMS activities to date, and sharing their expectations for the future. 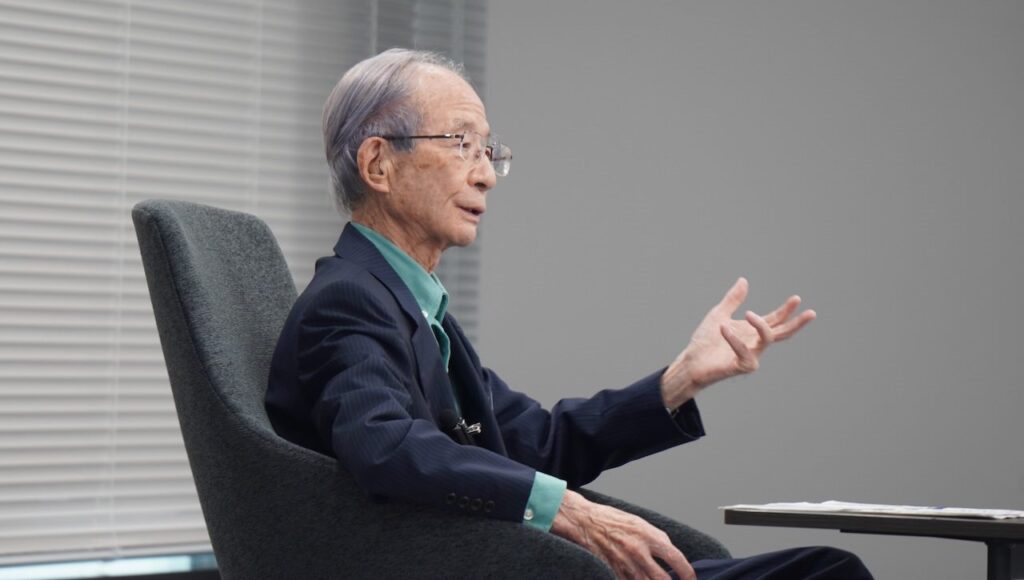 The keynote speech was given by Dr. Ikujiro Nonaka, who was deeply involved in organizing the Global Leaders for Innovation and Knowledge program. Under the theme of “Humanizing Strategy,” he taught us a number of essences essential to innovation, such as the premise of inspiration, intuition, and empathy, before we undertake numerical and data analysis related to considering strategies and measures. Participants commented, “It was interesting to know that emotions such as feelings and empathy have become more important with the changing times.” And “It resonated with me because I linked it to my current work”. 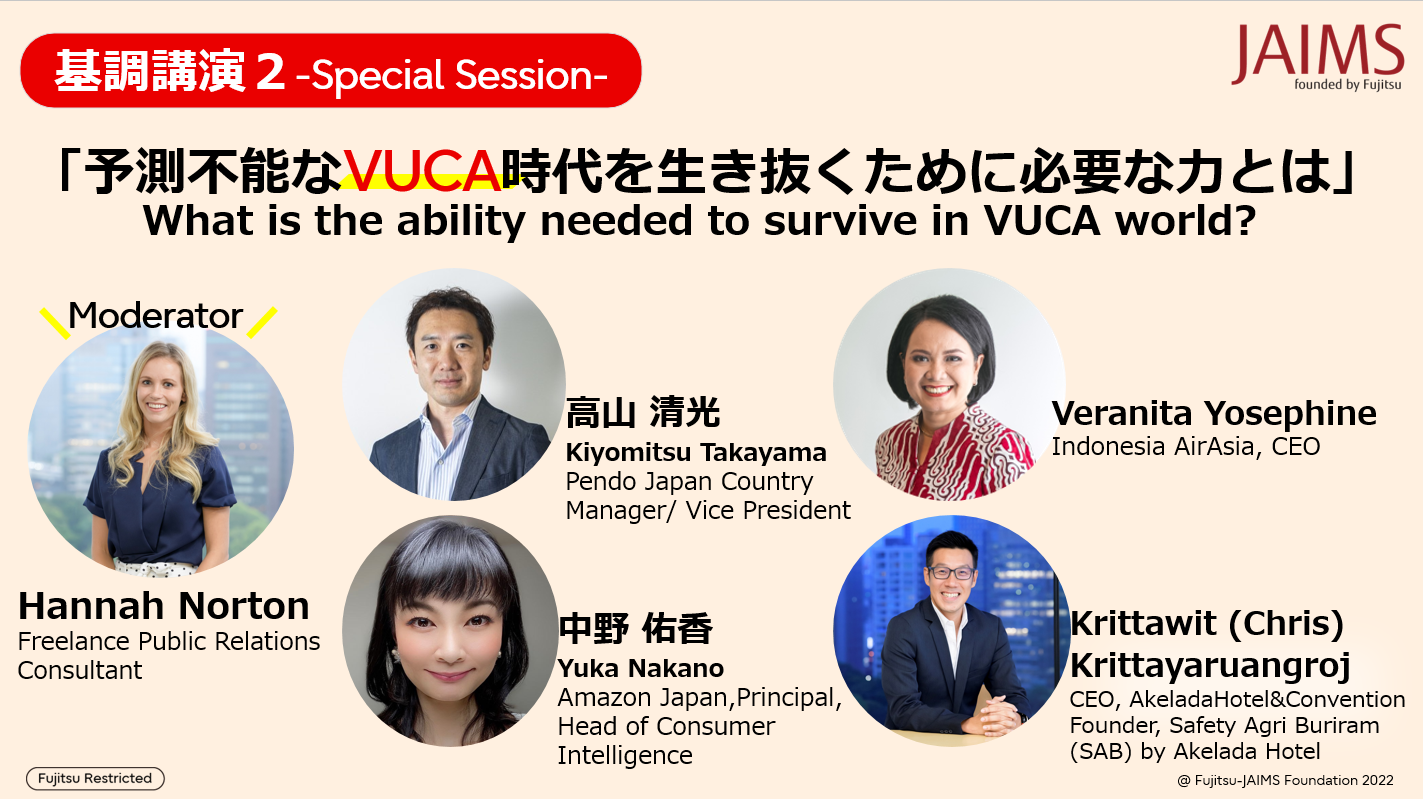 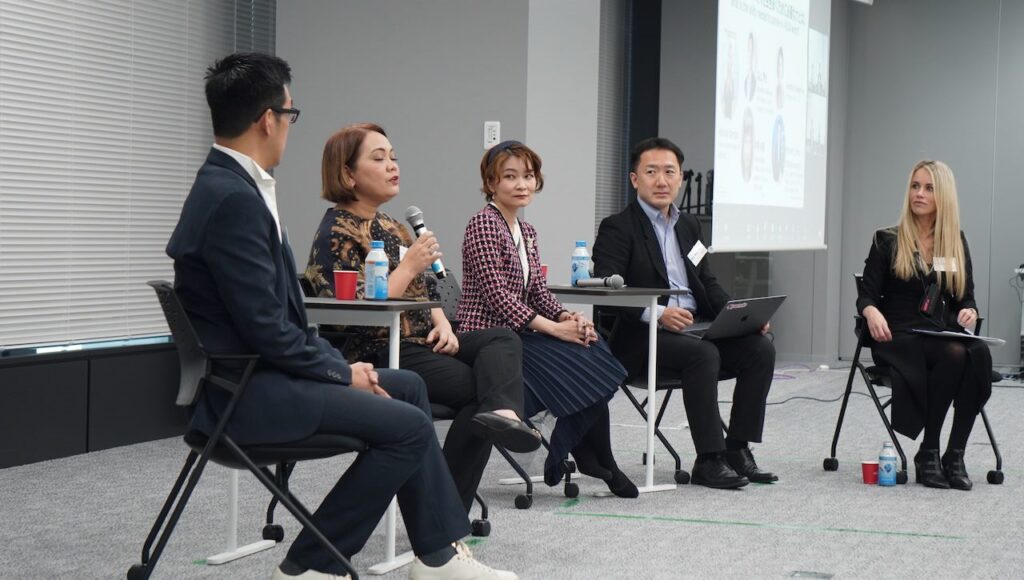 Then, a panel discussion was held with five graduates under the title of “What is the ability needed to survive in VUCA world?”.
Alumni from four countries (Thailand, New Zealand, Indonesia, and Japan) provided diverse perspectives on how they have applied their JAIMS experience as leaders in the unpredictable situation caused by the pandemic.

One of the panelists commented, “Thanks to JAIMS, I could understand Western and Eastern ways of thinking, I learned that innovation is created by complementing different ways of thinking” and “I learned from JAIMS that it is important to listen to others’ opinions with empathy“.

Some of the participants expressed their nostalgia for their study at JAIMS, such as, “Seeing the pictures of the Hawaii campus brought back to my mind how I used to participate in JAIMS back then.“ ”I was able to reaffirm that respecting each other is not only about ‘competing’ or ‘not fighting’, etc.” We also received comments such as “This was a great opportunity for me to reaffirm my JAIMS education.“
Many of them also expressed their expectations for the future development of the JAIMS network, such as “I would like to take this opportunity to deepen our relationship with JAIMS alumni again.” It was an opportunity for the JAIMS team to reaffirm our commitment to activities that can respond to such expectations.

An archival video of the day is here.
(First half)