This is a report on the second day of events held in Japan and Hawaii to commemorate the 50-Year anniversary of JAIMS.
Click here to see the report of Day 1 (Japan).

In Hawaii, the 50-Year anniversary event was held on November 18(Hawaii local time), attended by Hidenori Furuta(Chairman and President of JAIMS, and Representative Director, COO, CDPO(Chief Data&Process Officer), Fujitsu Ltd.), Gov. George Ariyoshi(Emeritus Trustee of JAIMS, and the 3rd Governor of Hawaii), Dr. David Bess(Trustee, Board of Trustees of JAIMS, and Professor Emeritus of Business, Shidler College of Business, University of Hawaii at Manoa), Dr. Glenn Miyataki (Past President and Trustee of JAIMS, and former Associate Dean, College of Business Administration, University of Hawaii at Manoa), Yutaka Aoki (Consul General of Japan in Honolulu), representatives of the education and business communities, local partners and alumni in Hawaii, and approximately 60 people.

The ceremony began with Hidenori Furuta expressing his gratitude to the stakeholders and alumni, as well as his aim to contribute to the global society through education and community activities. 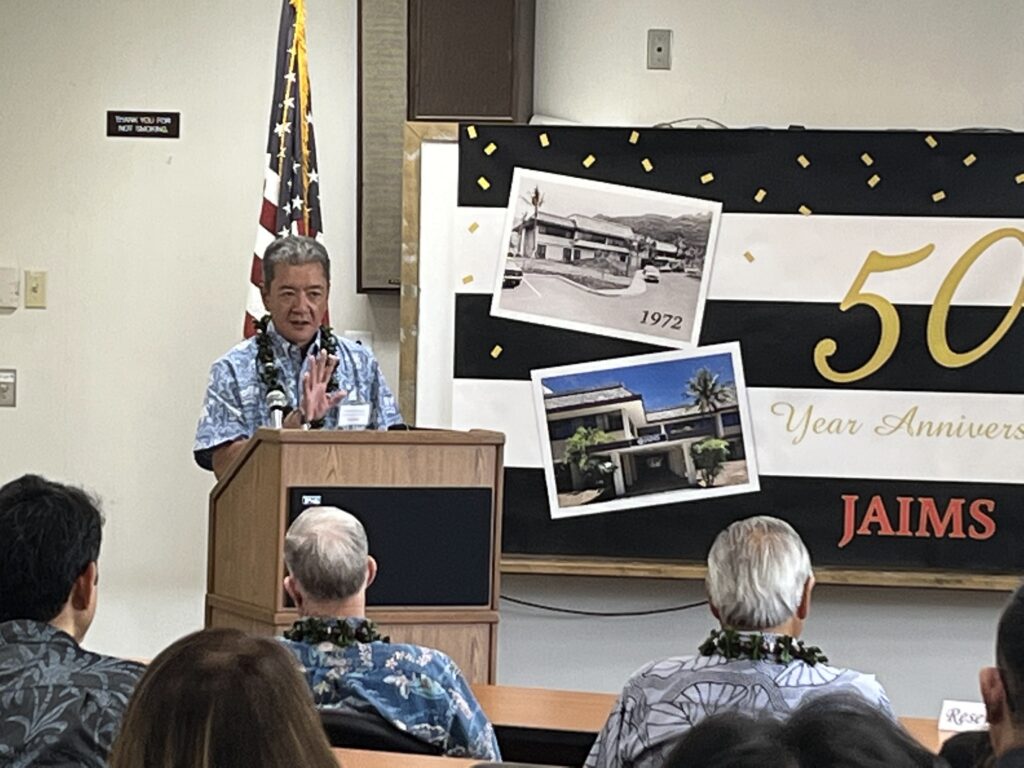 Yutaka Aoki gave a congratulatory address and expressed his expectations for the further promotion of community activities in the era of tackling social issues such as energy, and of innovation.
Glenn Miyataki praised JAIMS for bringing together students from various countries through education activities, and for the strong bonds that have developed and continued as of now, known as the “JAIMS Bond”.

And then, David Bess expressed his appreciation for the various community initiatives, such as the STEAM based education for local communities that are currently conducting in Hawaii, as well as the existing educational activities. He also expressed his hope that Fujitsu will play an important role of leadership in creating a sustainable society through innovation, not only in Hawaii but also on a global scale. 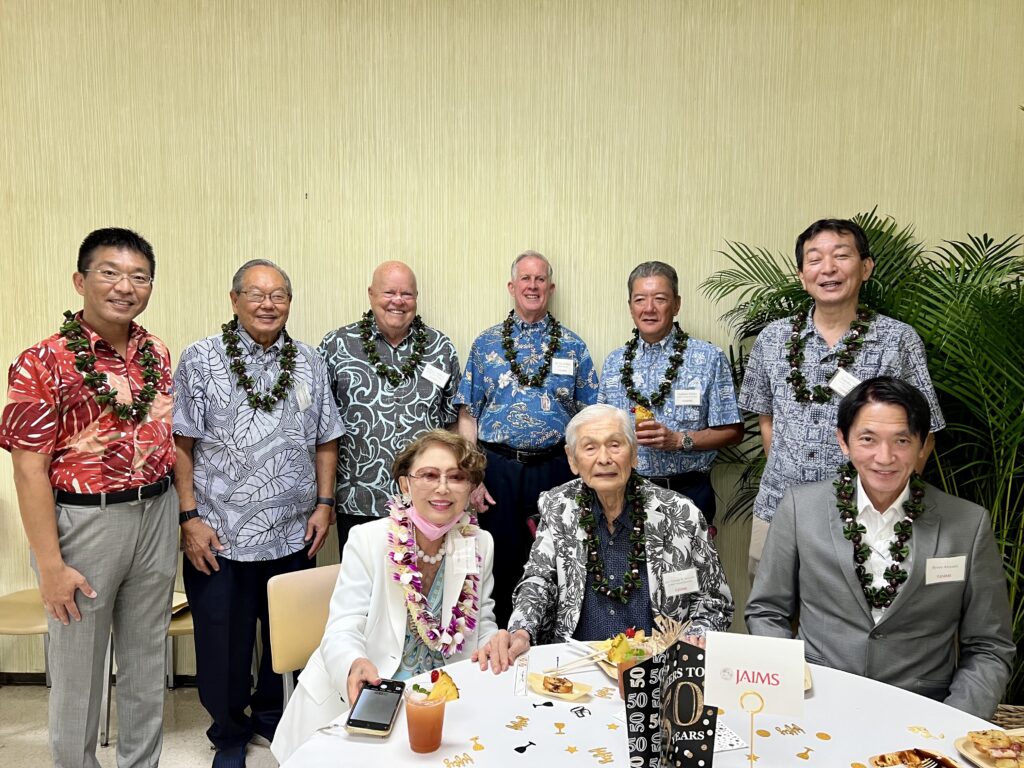 Alumni and community supporters who attended the event recounted what it was like back then. We heard many new ideas about starting activities, with planning for the next 50 years, aiming for outcomes that will lead to co-creation and innovation, not just loose connections as alumni.
The event on the day was published in the Hawaii Hochi, daily newspaper with some pictures. Through this publication, we have seen an example of the depth of how JAIMS is embedded in Hawaii.

As we reach the turning point of our 50-year anniversary, we would like to contribute to the realization of Fujitsu‘s Purpose by creating a better future through the co-creation activities that will be born from the connections among our JAIMS Alumni.